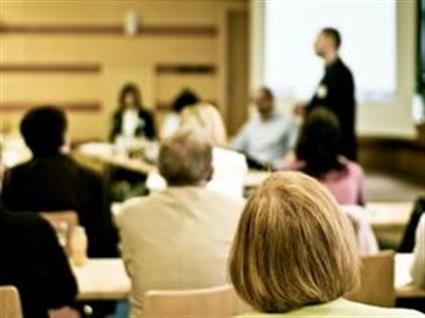 I have recently delivered three marketing workshops where it appeared to be me who learned new angles.

This is not altogether unusual and is indeed part of the benefit and privilege of being an information 'sneezer'. This time, however, the link between what I learned at each of the three events was surprising and left a powerful impression.

Though the workshops addressed different aspects of marketing they each inevitably contained a few core tenets - the sort of granite pillars that most marketers would take for granted and, more to the point, would have assumed to be reliably evergreen.

What I learned was that these standard labels and set pieces are not as dependably universal as we marketers might like to think.

For example, customer retention at first glance seems to be unassailable common sense that must apply across the board in any type of business. At least I thought so until two delegates, both personal success coaches, pointed out that they were not in the least bit interested in encouraging repeat business.

Having the customer return would indicate the failure of their own professional efforts, they claimed. To them, happy customers are those who go forth confidently at the end of the requisite number of sessions - preferably, or so it seems, never to return.

My conceptions about price became the next casualty. I had previously assumed that even not-for-profit organisations would be happy to earn enough to sustain and further their worthy ambitions.

Apparently not always, according to one charity-worker delegate, who managed to make me feel like the worst kind of capitalist greed-monster for having mentioned the 'P' word. From this new experience I can vouch that a discussion about the four 'Ps' can begin to feel a little self-conscious, if not altogether lame, when unexpectedly reduced by popular request to merely three 'Ps'.

Segmentation has hitherto been a safe and desirable harbour for me. After all, everyone wants to know how to identify, attract and maintain the prime customer opportunities don't they… don't they?

Well no, they don't. The NHS contingent were not at all hesitant in pointing out to me that they have to work with whatever partner organisations they are given and whatever ailing individual should hobble through the door.

The '80/20 Rule' is immaterial to those who have no choice in the matter. Frankly I found it difficult to argue with them.

My communication advice was similarly trashed by one delegate who thought it all over-hyped, unethical, wasteful and utterly invasive, while brand building was dismissed as a pointless exercise by a well-upholstered gentleman whose business interests - named after a nationally well-known landmark but spelled with spectacular inaccuracy - were apparently "Doin' awright wivaart any o' that nonsense".

At workshop three the final straw arrived in the shape of a young gentleman who looked rather bored from the moment we began. I tried hard to bring him into the discussion but to no avail.

In the end, having failed to win either his attention or cooperation I asked - as gingerly as I could - "Tell me, what aspect of marketing interests you?" His response was swift and uncomfortably blunt: "None of it. I don't need Marketing, I'm already too busy."

For a moment I considered asking him why then had he signed up for a marketing workshop, but something inside told me that it would be simpler to keep quiet and say nothing.

What does all this prove? Well, it certainly reminds us that we cannot treat all customers with the same blanket assumptions.

Each and every customer is an individual with unique needs. It also reminds us to find out what customers want before trying to thrust upon them our own version of what we think they want.

There is much food for business thought here.